Sun Up to Sun Down Lifeguard Coverage Begins at Hanauma Bay For the guardians of Hawaii’s beaches, saving lives doesn’t stop just because the clock says it’s quitting time. Now, in the new Ocean Safety District 5 at Hanauma Bay on Oahu’s east side, work hours are extended in a pilot program that gives the public added protection.

“I can’t tell you how you many times over the past ten years I’ve done a rescue either before or after work,” says Ka‘iulani Bowers, Water Safety Officer, HGEA Unit 14. “So to have the ability to be here from sun up to sun down is great, we will be able to help more people.”

Early Sunday morning, February 24, 2019, the pilot program launched with high hopes and expectations. Twenty-five ocean safety officers will work 10-hour shifts, four days per week, extending lifeguard coverage from 6 a.m. to 6 p.m. in the winter and until 7 p.m. in the longer days of summer. 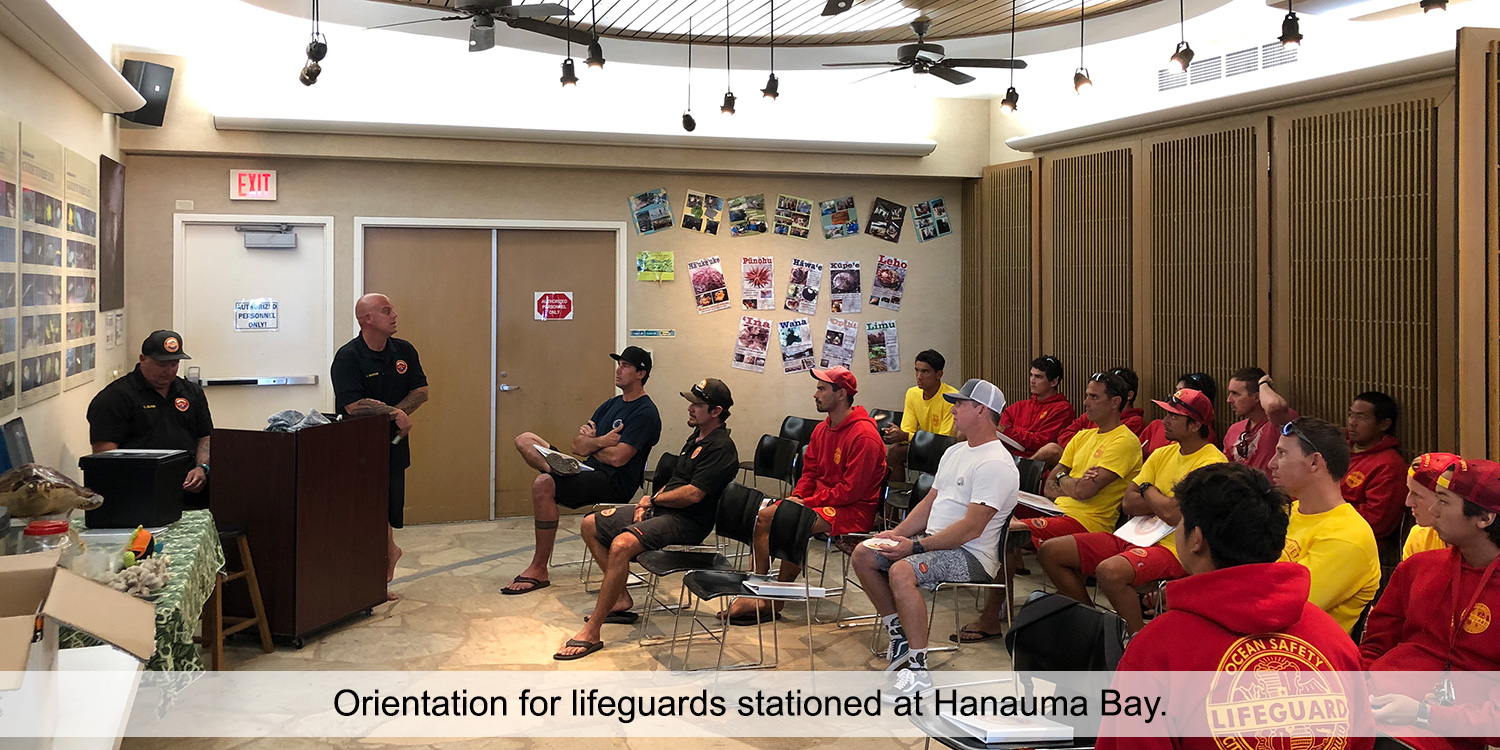 Honolulu Ocean Safety Chief John Titchen spoke to the new crew during orientation: “We’ve gone all in on this and you guys are part of it. We are a team, like a little family out here. If it’s going to work, it’s going to because of you, it’s literally you guys.” Titchen said the whole department is watching to see how the pilot program works out.

The sun up to sun down coverage is a first in Hawaii and became a reality as the employer, the union (HGEA) and Unit 14 members worked together through the consultation process, an important part of union representation. Due to the new 10-hour shifts, adjustments had to be made for vacation and holidays.

“It’s a good start to see how the extended hours will service the public. It’s something the public and the guards want,” said HGEA Field Services Officer Joy Kuwabara. “They really take it to heart and want to prevent any potential accidents and ensure that the public is safe.”

The objective of consultation is to make sure organizational changes are successful for both the employers and the employees. Per contract, the employer is required to consult with the union, the members’ exclusive representative. This process gives employees a forum and voice to express their ideas and concerns when the employer wants to implement major changes. It’s important to hear from the workers because no one has more knowledge of the job and its requirements than the people who are doing it each day. Without a strong union, employers can and do make unilateral changes and employees may have little to no say. In this consultation, one of the many items HGEA worked for on behalf of the lifeguards was to keep holiday pay consistent with those working eight-hour days, which is paid at time and a half. The employer initially kept holiday pay the same; however, HGEA argued that it is only fair to pay time and a half for the full 10-hour shift because that is the District 5 regular hours. It was eventually agreed upon.

“Your union representative fought for you. Thanks to our union, HGEA, you get the full time paid for holidays,” said Training Captain Jimmy Barros. “This was just one of the many issues we worked through. We are really excited for this project. It has huge potential.”

Extending water safety officers’ work hours on beaches has been a hot topic as tourism numbers continue to set records. In 2018 nearly 10 million visitors arrived in the islands boosting the economy but putting a strain on resources, infrastructure and public safety. The increase is a major jump from the 8.3 million visitors who arrived in 2014, and even that was a record at the time. Visitors to Hanauma Bay topped 1.5 million in 2017. With so many more people using the beaches, it makes sense to increase lifeguard services.

“It’s really exciting to work here. Every day there is constant action — there are so many people here who it’s their first time seeing the ocean, it’s their first time snorkeling so that also adds to a lot of people getting into trouble,” added Bowers. “You have to stay very vigilant and very focused. I like it. I signed up to help people and to get to work here I get to help the most amount of people in a day.” 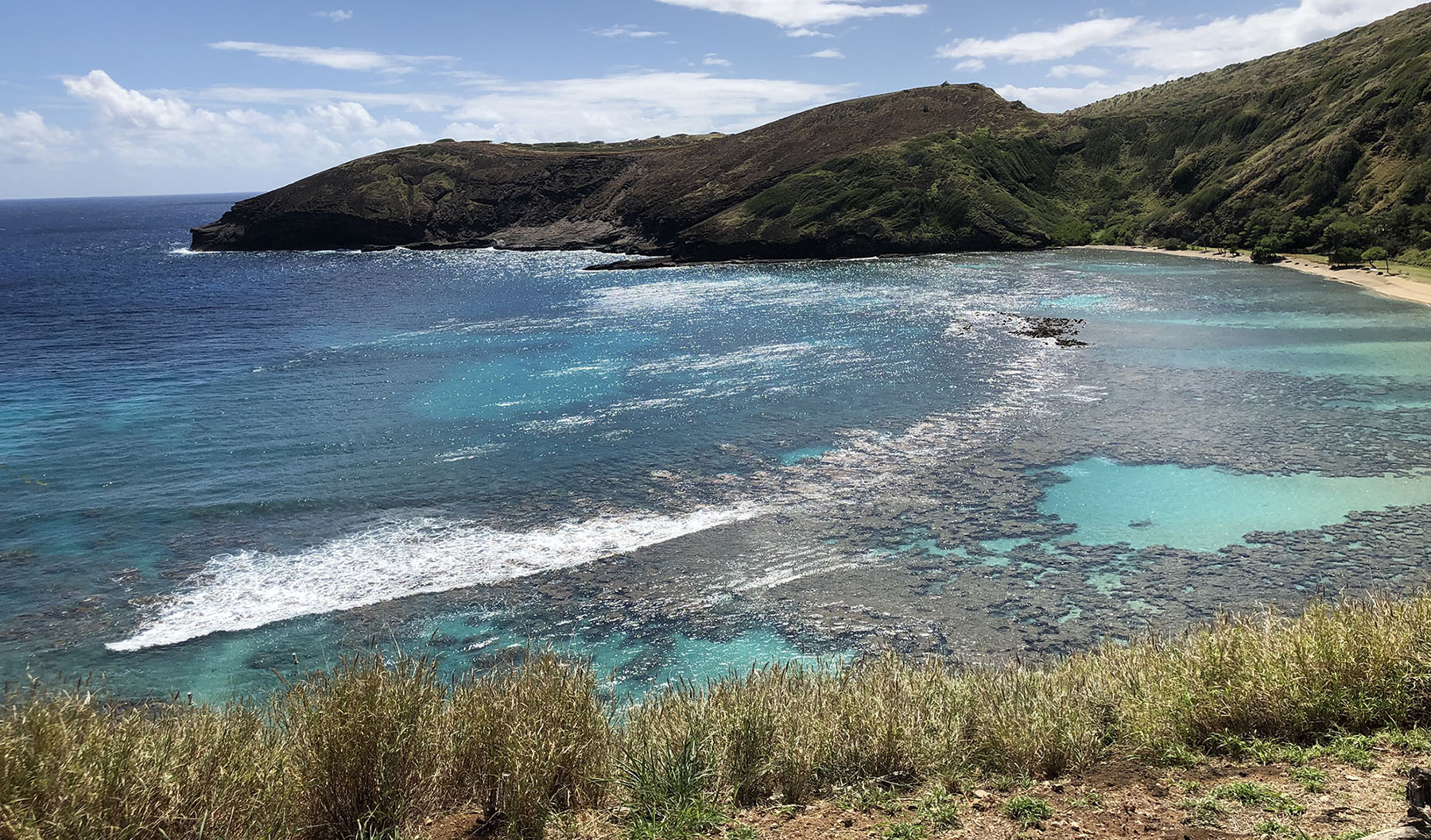 Hanauma Bay Safety Tips: “Take your time. If you are trying a mask and snorkel just get comfortable in a place where you can stand; that way if you have difficulties you’re standing and you’re not far away in deep water. If you have children keep them close, and it always helps to have a floatation device.”